"We ain't even gotta pretend" -The Carters 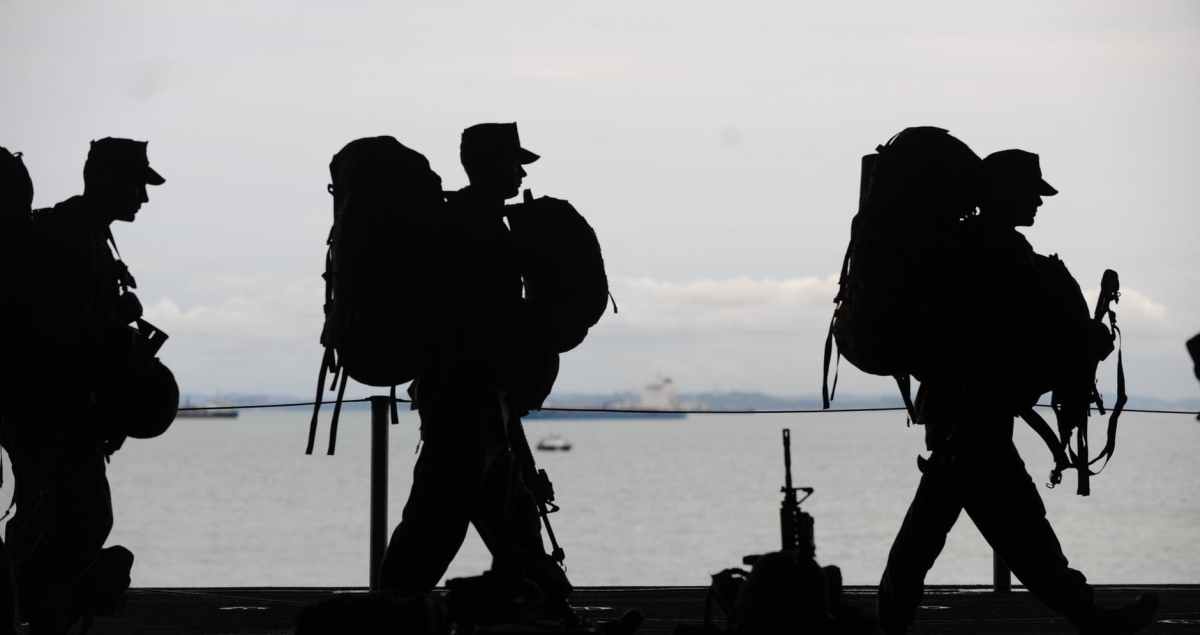 Dating is hard.  Let’s just put that out there.  It is even harder when you are young.  To me, it’s hard because you’re still trying to figure out who you are as a person.  You’re still trying to learn to love yourself while also figuring out where life will take you.  Adding another person into the mix, to love and to accept them as they are at that moment, also makes it harder.

I believe we all want to be loved so we try to be loving to others; keyword being try.  Do we really know how to love at the ages of 18, 19, 20, etc.?  I am going to answer for the masses and just say, NO!  We do not know how to love at those early ages?  Some of us barely know how to love at 40.  I think about our parents telling us to focus on school or to focus on work.  To take your time.  They advise you to ignore how you feel even when your “seat gets wet” (true story)!  They’ll remind us that we have forever and a day to be in a relationship.  But do we listen? Not at all.

Try dating a military man. Twice! It’s like a layer of bricks encrusted by another layer of bricks and then trying to drill a hole down the middle to see through it.  The relationship suddenly becomes twice as hard.  This use to be my life.  I dated a military man not once but twice.  Two different people at two different times.  Get this, both military men I was engaged to.  But both relationships didn’t work.   The two relationships differed drastically from one another and didn’t work out because of different reason.  People in military relationships need stronger support systems.  It’s a part of life.  So lets talk about it.  Below are two short stories about my past relationships.  We can learn from our own past experiences and we can also learn from others.

We met through mutual friends.  I believe he first saw me at a church service!  Go figure.  After months of late night phone calls on the telephone, as the singer Tyrese would moan out….that’s basically how the relationship started.  He was like hey sweet lady!  At the time, I was in college so we were both young and both trying to figure out ourselves and in the process we fell in love.  At that age you’re living a carefree life with no real responsibilities.  It was one of those 1st “serious” relationships for the books.  I mean of course you’ve had your high school relationships, here and there, but when you’re in college and dating, you think you’re on the next level of dating.  At least I did!

We spent a lot of time together, and although he wasn’t a student at the school I attended, he would often join me in class.  With a class of 100 students a teacher doesn’t know if you belong in the class or not.  On top of that, there was no one (meaning parents) to tell us what we could or could not do.

After months of dating he would decide to enlist into the military.  Okay, no big deal.  I could handle this, right?  By this time we were engaged so we were going to make this work!  Besides the military had great benefits.  After waiting for months, we finally got the date of when he would leave for basic training and its was a few months out so we just went on with life as usual.  Then suddenly the dreaded day would come.  I’m not so sure if it was dreadful for him, but for me, it was.  It was time for him to leave for basic training and you realize that you’re losing your best-friend as you say your last goodbye.  I wasn’t use to this whole separation thing.  The night he left I cried for hours; waiting to receive his call saying he had made it safely.  I just wanted to hear his voice.

We would talk via phone and write letters to each other while he was in basic training.  Cell phones were just starting to come out and they weren’t very smart at all.  Besides the fact that he had just signed his life away a few months prior, everything else seemed to be going well.  I don’t recall how long basic training was, maybe 8 weeks, and during this time we learned that he would be stationed in Vegas.  Freaking Vegas, people!  Who stations a 19-year-old in Vegas?!  We all know what goes on in Vegas stays there!

We hung in the relationship for a while but the distance started to come between us.  Long distance relationships are hard anyway.  Here I was on the East coast and he was on the West coast.  I didn’t even want to be in a long distance relationship where we were an hour apart and now we were cross-country from one another.  I was a college student and he was in the Military.  From the cover of the book it looked like we had our steps in order.  But the chapters inside the book just weren’t adding up.  It wasn’t working.  We had talked about relocating me out there with him but we didn’t have the means to do any of that at the time.  It was almost like everything was against us.  Age, finances, distance.

To make what could be a long story short, the relationship would soon fade away.  Not because you want it to but because it was easier for someone else to occupy your time and attention, especially if they were closer.  Letters became scarce.  Phone calls were less and less.  You miss more calls than you actually take.  We were in two different time zones and two different places in our lives.  He had to grow as a man and I know I had to grow as a woman.  I now know that I had separation issues.  I created a fear of “what if.”

My personal advise: I wish I could stress to high school kids and college kids to just have fun.  Date! Date! Date!  Like our parents told us….you have forever to be in a relationship.  Dating should be fun and while doing so you should be able to learn about what you want and don’t want in a serious relationship.  At 20 you aren’t really mature enough to handle real adult situations.

Let me say first, that this isn’t to place blame on anyone or to call people out but it is clearly to bring awareness to women, especially, so that they don’t have to go through the same things that I have gone through when it comes to dating.  This next story is a part of knowing your worth.  A lot of times we see signs in relationships early on but we choose to ignore them.  That’s exactly what happened in this next relationship.

This particular man was fresh from war maybe a 3-4 years prior.  He told me had PTSD (Post-Traumatic Stress Disorder) but I didn’t really know what it was.  I didn’t realize the seriousness of it.  I had known him for a long time, we went to High School together and graduated in the same class and had reconnected.  I figured what could go wrong here?

Once we started dating, we fell in love quick.  Everything seemed great but I saw signs very early.  I should have called the relationship off then, but I didn’t know any better.  I ignored them.  Once we were engaged, after a quick 6 months, he was eager to buy us a house and to get our lives set up for a typical marriage.  But it was like I didn’t have much say in anything.  Meanwhile, he still gave me what I wanted material wise and he seemed well put together.  It was like I could see his potential so I chose to fall in love with his potential instead of his reality.

I was in a relationship but I felt alone a lot of the time.  I did a lot of stuff without him because he just didn’t want to do anything.  There were times when I was afraid to bring up situations out of fear that we would break up for 2 or 3 weeks.  This had become a pattern.  He always needed space or time to think.  We lived in the same city but yet I only saw him a few days a week.  Those days being specific days of the week, which was always weird to me.  The wedding was called off due to misunderstandings and unwillingness to compromise.

Don’t get me wrong.  I knew he loved me but he couldn’t love me the way I needed to be loved.  This caused insecurities within myself to manifest.  I always felt like I never did anything right.

There were a lot of hurting days within this 5 year relationship.  He was suffering and I didn’t really know what to do.  He also had a brain injury.  I wanted to “fix” him, heal him, and make him better–like I was Jesus.  I was afraid of being alone.  But truth be told, I was alone.  All we really had in those last few years was a title.  I had to learn my worth.  I had to realized that I deserved better.  Not saying that he was an awful person but the relationship we had wasn’t working.  He was afraid to let go because he figured it would hurt me not realizing I was already hurting.

I don’t think I’ve ever told anyone this, but after we finally decided to go our separate ways, I went to a therapist.  I found out my job covered the cost of 3 sessions so for 3 weeks I went and talked with someone.  I was low.  I thought it was me.  I wondered what could I have done differently?  I think a lot of women feel like this at times when ending a relationship.

I realized I couldn’t have done anything differently.  It was at this therapy session where I learned one of my favorite analogies regarding relationships.  I will never forget when the therapist stated:

This quote has been embedded within me.  I tell people this quote all the time when I hear about someone going through relationship problems.  It may be corny but it is a great way to evaluate the person in your life!

For the record; I don’t harbor on the past and I choose to forgive so that I can live my life to the fullest at all times.  Trials are meant to make you stronger.  Whenever you come out of a relationship you should be able to learn from it and grow!  No hard feelings for anyone over my way!

My personal advise: If you are suffering from PTSD please seek help!  Reach out to your local VA hospital so that you can live a fulfilled life after the Military.  You will still be our hero!  I now know that PTSD can result from a number of things and it is not only specific to those whom have been in the military.  Women- learn how to recognize signs early on in any relationship that you are in.  If the person in your life isn’t the added bonus of your life, learn how to say goodbye.  Learn how to assert your needs.  Remember to fall in love with a person’s reality and not their potential.

“Life happens; so lets talk about it” 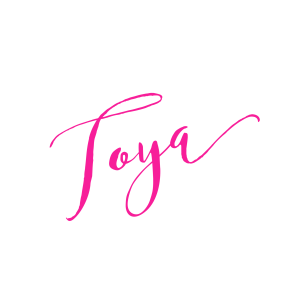 I'm a graduate from Hampton University with a Bachelors of Arts degree in General Studies. I am most passionate about spending time with family and traveling. If I am not working or blogging, I'm likely to be at a winery! I love life and it loves me back!!

Shop more of my closet on Poshmark